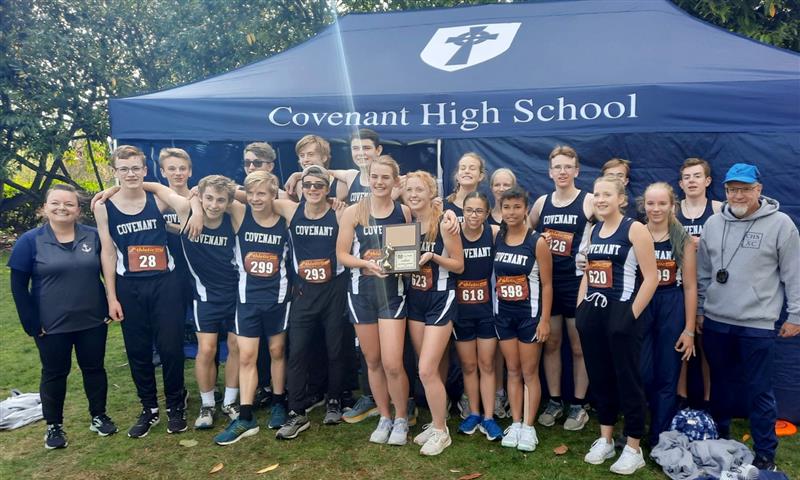 Covenant High School is thrilled to celebrate both the boys and girls Cross Country team qualifying for the WIAA State Championship Meet!

They had an exciting day of races at Ft Steilacoom Park on October 27th with exceptional achievements made and personal records broken. The event was well attended by a rallied group of family and friends who came to cheer on the Covenant Anchors. The boys team placed third out of six teams and the girls finished second out of seven teams. Official results can be read here.

Junior, Elliot Epstein led the boys team with a 10th place finish and Senior Claire Mellott led the girls team with a 14th place finish. Senior Ian Fisher as well as Sophomores Steele Funches and Kate Mellott qualified individually finishing in the top 21. The entire team will compete at the State Championships on November 5th in Pasco, WA. They have been faithfully led this season by Coach Phil Ernest who shared the following:

“The first full season of Covenant Cross Country was a great success as both teams qualified for the State Championships at Pasco.  I say full season because this was the first time the runners had trained all summer and then into the season and all their hard work and dedication paid off.  I am proud of the great effort from a great group of kids.” 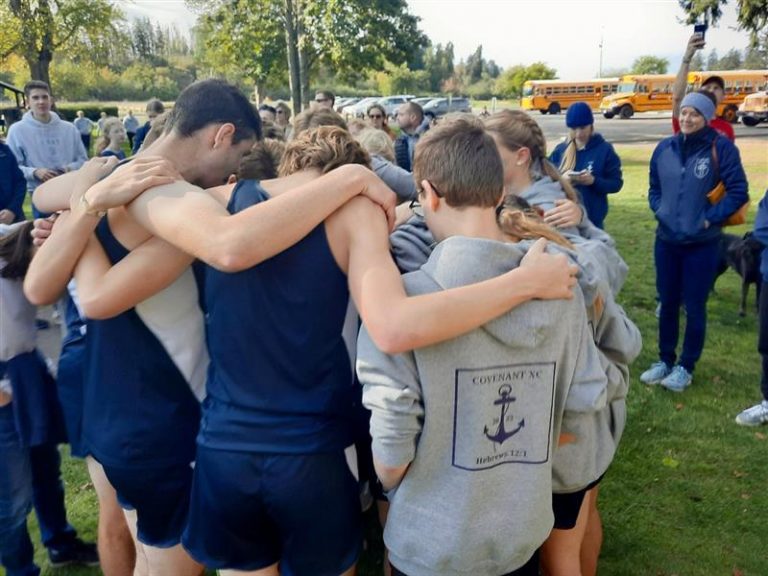